Struggling to cope in a post-eating-disorder life? You are not alone... 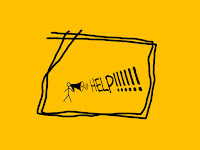 Because I know I'm not alone in having struggled with serious trauma symptoms as our family emerged from the anorexia years, I've decided to write the occasional post about what I found myself going through from around 2015 onwards. It will be about the (Complex Post-Traumatic Stress Disorder) symptoms and how I coped (or didn't cope) with them in the hope of helping other parents to identify with similar experiences. It will also be about other stuff that was going around in circles inside my head. Most importantly the aim will be to show you that you are not alone in feeling like this.


In September 2015 I downloaded a free app for my phone called Diaro and began to jot stuff down every day. Just notes and things to get stuff off my chest. These blog posts will be based on (some but not all of) my Diaro entries.

I say 'some but not all of' because, obviously, there are some thought processes that I want to keep private.
Posted by Bev Mattocks Osborne at 14:09