Boys v girls when it comes to 'officially' diagnosing anorexia

I have a letter in front of me from CAMHS which was mailed to me at the end of that terrible summer of 2010 when my son's eating disorder and associated violence, volatility and dangerous behaviours were heading downhill at the speed of light. His weight was heading south, too. I have the weight chart to prove it. Terrified of where things were heading, I wrote to CAMHS and the letter I have in front of me is their reply.


The letter pretty much centres around the fact that, because Ben "has not at any time strictly met criteria for a diagnosis of anorexia nervosa, as his weight has never dipped to a point sufficiently low..." and that Ben "has, from the outset, been at the point at which re-feeding (in its truest sense) was unnecessary", focusing first and foremost on weight gain was not a priority.

Also, "although he successfully gained weight under the original diet plan, with much of the decision-making removed from his hands, our experience of the last few months is that this was an unbearable and unsustainable situation for Ben".

Anyhow, I will say it again and say it loud and clear: with males, their original BMI can be higher than with girls, especially if they are sporty (muscle) and have a history of eating their parents out of house and home as young men are prone to do. 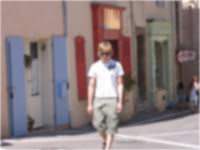 In my son's case he was a rugby player - a 'forward', the position given to the biggest, toughest guys. Ben also loved his food. As he moved through his teens he lost the puppy fat he'd had at primary school and became all muscle, built - as we used to joke - "from concrete". Despite what he used to tell CAMHS over and over again, Ben wasn't "fat" before the anorexia struck, he was physically fit and healthy. 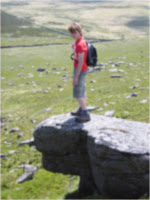 The year before the anorexia he'd completed the gruelling Coast-2-Coast cycle ride with his dad (see pic above). Shortly before the anorexia, he'd won the 1500 metres in the school athletics. That spring we'd hiked across Dartmoor (see pic). He was all muscle, so his BMI would have been quite high before he fell sick with anorexia.

I have always said that I believe my son had lost around one quarter of his body weight by the time he was admitted to CAMHS. Under their care his weight continued to drop gradually (after an initial rise as a result of 'Mum's eating plan'). This letter was mailed to me in September 2010. By February 2011 his weight was to fall to its lowest level since childhood.

Yet his BMI was never sufficiently low to be 'officially' diagnosed with anorexia.

I have always believed that this was a huge mistake, that CAMHS should have looked at where he was before he fell sick with the eating disorder (i.e. a muscly sportsman) and pushed to get his weight restoration level somewhere close to that. Instead, Ben's weight on discharge from CAMHS in 2012 was pretty much the same as it was 26 months earlier, on admission.

I also believe it is a mistake to gauge whether or not a young man has anorexia based on BMI. Just because "his weight has never dipped to a point sufficiently low" for anorexia diagnosis, it didn't mean that Ben didn't have anorexia. He did. And he had it bad. Very bad.

Throughout that summer of 2010, his anorexia was raging

And just a few weeks on from this letter, Ben would be in hospital with a pulse of 29 having passed out at school.

Good God, this was a boy whose weight had nose-dived and who had lost much of his pre-eating disorder muscle and fat. I suggest that this is common in many young men out there which may be one of the reasons why some males slip through the net when it comes to getting a diagnosis for anorexia and receiving urgent treatment.

And, yes, re-feeding is going to be difficult. Show me any young person with anorexia who's happy to eat!

Posted by Bev Mattocks Osborne at 18:23