Chatting to the same person on the same grassy bank, 2 years on...

Yesterday was the school Prize Day followed by the house Sports Day in the afternoon. Last year, at the height of Ben's anorexia, we didn't go to either. But this year we went to both - and Ben was helping out at the Sports Day, so I spent the afternoon sitting in the sun on the grassy bank overlooking the playing fields, just as I'd done 2 years ago when Ben was competing the 1500m race. And just as I'd done 2 years ago I got talking to the mum of the boy who Ben had beaten in that race. "Haven't seen you around for AGES!!" she exclaimed, reminding me of how she and I used to gossip merrily away during our sons' rugby matches every Saturday morning. 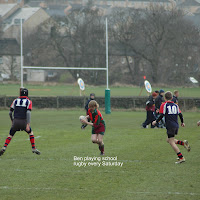 And I was instantly reminded of how I've been living on Mars for the past 24 months. Or at least that's how it feels. I felt like a stranger returning to an old, familiar place, mixing with old, familiar faces. A few knew a little bit of what we'd been through, but others had no idea - and CB was one of the latter.

I seemed to spend yesterday avoiding people because I just didn't want to talk about our experiences. Not to the 'uninitiated' at any rate. Unless you've actually left Planet Earth to live on Mars you can't possibly know what it's like - and there's so much mis-information about anorexia and other eating disorders that it's not like talking about high-profile illnesses. And I really didn't want to (a) sound as if I was dumping all my troubles on CB by going on and on about it or (b) spend hours educating her on the ins and outs of eating disorders.

From experience I've found that talking about eating disorders is often met by the kind of reaction that religious cranks get when talking about hell fire and damnation - or some other subject that makes people feel awkward and want to run a mile.

"He's still very thin," I pointed out as we gazed towards where our two sons stood talking on the playing field - her son the picture of a 'strapping', sporty 17 year old and my son the picture of, well, something rather thinner... 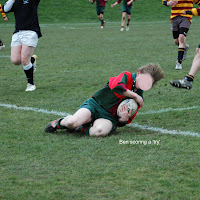 Together we had watched our sons play rugby on those fields every winter Saturday morning for 5 years. Our sons had been good friends, yet rivals on the rugby pitch. They had been equally good at the game, both were 'forwards' and had been of a similar athletic build. In the classroom they had always been top of the class; sometimes it was my son who came top and at other times it was hers. Ben used to go round to their house to play and her son used to come round to ours. 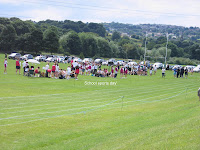 But all that stopped 2 summers ago when Ben started to exhibit the first signs of anorexia. And as her son continued school, sports and social life as normal, my son didn't.

And with this change, our regular gossips at sports events stopped. Which is why I hadn't talked to her since we last sat on that grassy bank at the school Sports Day in July 2009, just before our family took off to Mars (or somewhere equally alien) for 2 years. And why it felt so strange talking to her again, explaining where Ben and we, as a family, had been for the past 2 years (i.e. to hell and back) while her family life and school life carried on as normal.
Posted by Bev Mattocks Osborne at 18:53